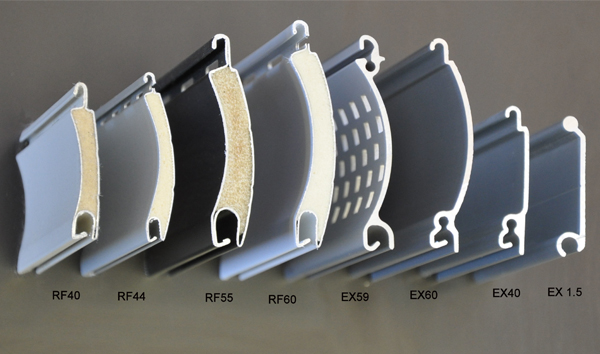 When considering Wheatbelt Rolling Shutters, you may have only one use in mind. However, the many additional benefits of rolling shutters should be considered in the purchase price. The cost of rolling shutters is similar to quality windows, patio doors, plantation shutters (inside wood shutters), and quality drapery. Consider all the benefits and you’ll find that Wheatbelt Rolling Shutters are NOT that expensive.

The sun lets in 1200-1400 BTU per square foot per day. Rolling Shutters save both on electric bills and the wear and tear on your air conditioner. New homes could use a smaller air conditioning unit if rolling shutters are installed.

Shutters double the insulating value of thermo-pane windows. One square foot of glass lets in as much cold as 10 square feet of a well insulated wall. This means if a building has windows which make up 10% of the total wall area, the small window area allows more cold in than the rest of the walls. Shutters reduce the heat loss from windows by up to 50%.

Shutters keep cold air from leaking in around the window frames. Air leakage can be a larger factor than the “R” value of the window itself.

Thieves look for an easy and fast way in and out of a building. Shutters are not something they want to deal with. Shutters provide security from intruders without the “What are they trying to hide” statement that security bars seem to make. Shutters also can be opened in the event of a fire, unlike security bars.

5. Hail Protection of Glass and Inside Furnishings ?

We have seen many examples of Rolling Shutters which have protected window glass in the last several years. Tennis ball-sized hail with high winds have broken slat, but in no case was the glass damaged. Can you imagine what destruction happens when all the glass is broken out of a building and the inconvenience that follows?

6. Cut Out Glare and Bright Sunlight ?

Shutters are used in place of awnings. With the shutter partly down, you have an excellent view without the glare from the sky. Another glare problem is viewing television or computer screens near an uncovered window. This problem alone has been the primary reason for shutters on some homes.

Rolling shutters cut out 1/2 the noise from traffic, storms, etc.

The combination of light and sound control make rolling shutters an excellent product for day sleepers or naps.

Rolling shutters provide protection from the sun’s rays on drapes, carpets, and furniture.

Many shutter installations have been made on homes next to golf courses. Homes in this area are vulnerable to broken glass due to stray golf balls and benefit greatly from the window protection that rolling shutters offer.

On many windows and patio doors, water vapor condenses on the glass and runs down on the wood trim and floors. This causes discoloring of the wood and rotting of the floor. When rolling shutters are used, the temperature of the glass is higher and moisture does not condense.

Rolling shutters are used both inside or outside of skylights to protect them from hail or to block the sun’s heat . Special push down and pull down spring power units are available to move shutters on low pitched skylights.

Rolling shutters can be used to cover storage boxes, outside televisions, gun cases, and a host of other customized applications.

Wheatbelt, Inc., in Hillsboro Kansas has been producing rolling shutters for all of North America since 1981. We build custom shutters for windows, doors, skylights, kiosks, serving windows, screen porches, inside and outside storage and more.